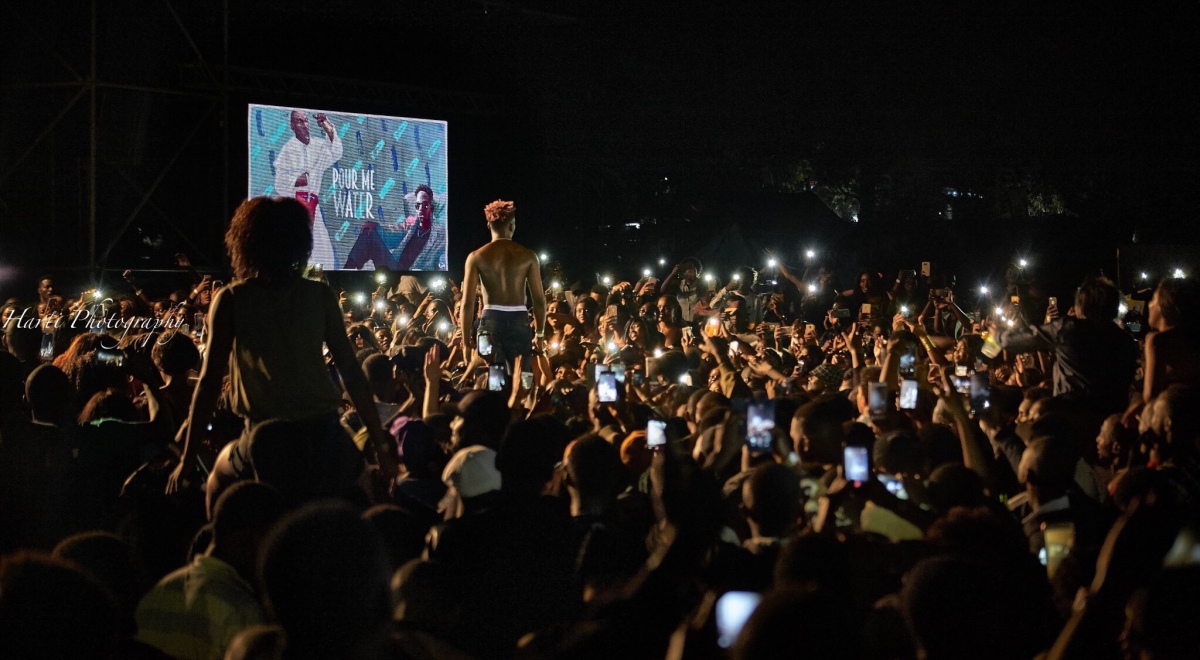 Nothing brings people together quite like a good bop. Music defies race, age and sometimes even language.

This was proven beyond reasonable doubt when Mr Eazi’s Happy Boy Tour “bus” made a stop in Lusaka on the 30th of March, 2018 – a highly anticipated Good Friday show.

For close to a year, Mr Eazi (who has recently taken on the online moniker ‘Eazron Njobvu‘ – as an expression of his love for the Zambian spirit) had his Zambian fans begging him to make a stop over here and it was finally happening. A concert featuring an almost-too-long list of supporting acts that would lead us to the climax of the night – a drenched Afro-pop singer/rapper belting out “Pour Me Water!” to a diverse crowd of thousands intently yelling right back.

It was a night set to be laced with high energy performances by our favorite local artists and DJs. A night for our Zambian kings and queens to shine and share a stage with international acts that included the gorgeous Akiliz singer Ammara Brown and the fiery Distruction Boyz of Omunye fame, a concert wittily called The Big 10 Up.

The local ladies came out to play no games: mics and vocals checked, edges snatched and dressed to slay.

I have always had an intense respect for our Queen Diva, Mampi and was hype to see her deliver her set. She pulled up on stage, energy on deck, knee length boots and a regal strut that spoke the Zambian Queen’s arrival. She honoured us with an energetic set that included her jams Why, Walilowelela and Swilili, accompanied by fiery dance moves and energy that had everyone – male and female alike – singing right along.

Our queens kept the heat coming as Kantu took to the stage to perform her  Mungeli and her beautiful cover of Anajaila which seamlessly ushered Wezi on stage in a yellow ensemble that lit up the stage as she graced us with a beautiful cover of Lilly T music that had every local 90’s kid in the crowd nostalgic and a couple of her songs.

Then out stepped Miss Ammara Brown, who I will have to admit I didn’t know of before the concert, but I am now a huge fan of. Her stage presence matched her glittery ensemble as she ran up and down the stage, mic in hand delivering thrilling executions of her bangers Akiliz and Mikoko.

The ladies did not disappoint.

The boys were not going to let the girls own the night though, as local DJ Sebastien Dutch hyped up the crowd with a set of club bangers stretching through the early 00’s to some of today’s popular Mumble Rap and Popular Hits. He catered to everyone.

One fourth of Zambia’s Zone Fam Jay Rox  stepped on stage to kill it for the boys and prove to us why he is a great solo act that’s grown to be one of the most recognized voices both locally and internationally. Not For Sello, AutoPilot and Joanna made for a set that kept everyone entertained and on their feet, vibing to Roxa’s energy. To end his set he brought out another member of the group, Tim, who had us crooning along to his most recent tunes Heartbeat and Mwishile Banga. 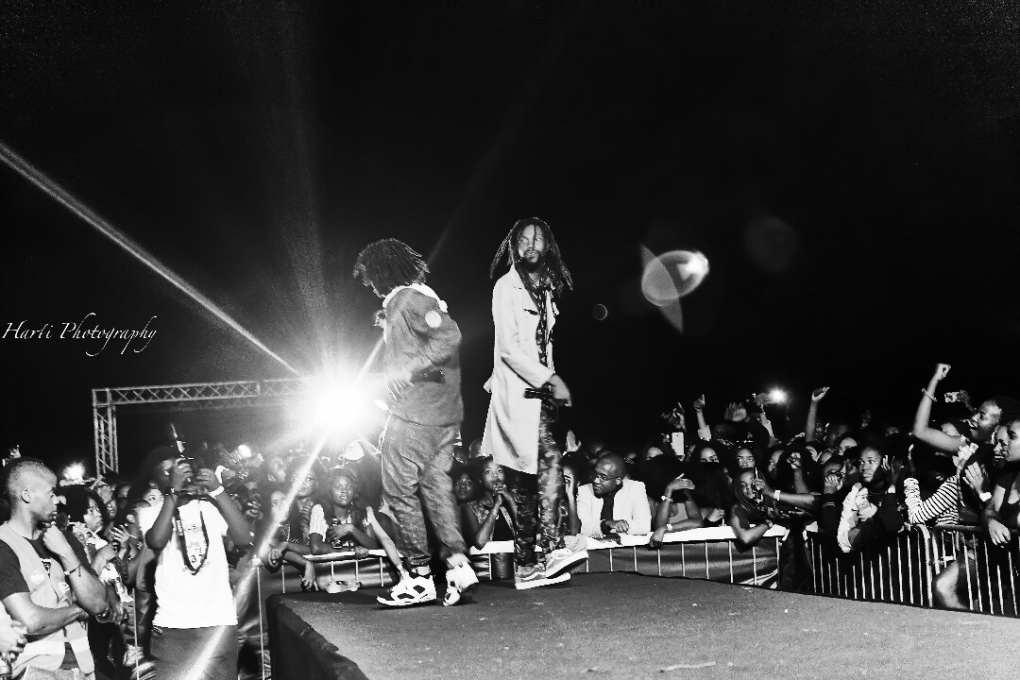 As soon as Chef 187’s name was trumpeted as the next performer the crowd went wild. The people’s rapper stepped out and effortlessly had the audience spitting bars in Bemba like we were all from Kasama (or Kopala). Kumwesu, Wala and then Junta – Chefy brought that Bemba heat. Because everyone was so into that moment, his set felt 3 seconds long but he brought out Bobby East to end it as they delivered Van Damme and had everyone going crazy, “PLUS I GOT KICKS….”

It was time for Eazron to set the stage alight. The moment everyone had been waiting for. He ran on stage to a screaming crowd, at this point hyped up enough to be in full concert mode – girls on their boyfriend’s shoulders, phones in the air – cameras ready, some a** to the grass in full twerk – and he took everyone by surprise when he led in chanting Zambia’s most infamous expletives “YE YE YE YE YE….*insert expletives & nicely astonished laughs of a responsive crowd here*!!”

That seemed to win over the entire night as he went on to entertain us with his most popular songs. From his baby being fine like 2 People, to teaching us how to put our Leg Over and Akwaaba, taking us on a trip from Accra to Lagos to Sample You, Dance For You and Skin Tight, Mr Eazi’s set was riddled with energy and vibes that had Zambian millenials singing in languages they didn’t understand, and him? He was having the time of his life, as mid set he took of his shirt, hit The Chimwemwe Dance and kept going. Asking fans what they’d like to hear and diligently delivering.

He closed his set with his most recent hit Pour Me Water as the crowd splashed a mix water and alcohol on him.

At about 3 AM The Distruction Boyz wrapped up the night with a set of Gqom hits that was led by their viral hit Omunye.

A blend of Afro-Pop, Hip Hop and Gqom united 4 nationalities that night. The power of music.