Wildlife is something I’ve always found entertaining. In a perfect world I could Nat Geo Wild n’ chill 24/7, but life and adulting has to happen. I love Nat Geo Wild because it gives you all of nature’s grit and glory without the smelliness and danger of it. However, on the rare occasion that you’re able to spend time living your best carefree life enjoying nature in real time I would personally recommend Pa-Zuri Place, an amazing wildlife and chill haven, in Chongwe off Great East Road on the outskirts of Lusaka City. Trust, you will thank me later 😌
As a semi-random plan for the weekend, a bunch of friends and I decided we would spend the first Saturday of 2017 at Pa-Zuri. I was excited to try something different and get away from the usual Lusaka weekend chills and try something new, even though I didn’t know what to expect. But you know, not every day Jazz Club, some days Chongwe 😅. For only ZMW 100, which is as much as you pay for a VVIP club experience at a recently opened exclusive club in Lusaka 👀 we got to escape the madness of the city and embrace nature.

Upon arrival we were met by a galloping Zebra that ran right in front of us and across Pa-Zuri’s open lavishly green fields, it was such a beautiful sight to behold. I was expecting that that was probably the only zebra we would get to see and we were just lucky to have seen it up close. Not the case, we saw another zebra and another and another. At this point all the camera phones came out for the Snapchat stories, in true millennial fashion (and me, for this post 😊).

We decided to take a walk around the field so we could get to see the zebras up close, and we were pleasantly surprised by a number of ostriches that pranced around the fields with their little ones. One of my friends suggested we walk towards the little ones and touch them but I have seen an ostrich charge at people on TV and I am not that brave, an ostrich kick isn’t something I’d like to die from. I also learnt that watching an ostrich poop is one of the most disturbing things you will ever see! If you have experienced this you will agree.

Waterbuck also roamed the fields. They looked something like reindeer without the horns. As we approached them they would stop and give the rudest stare 😂 (but that’s probably just their face) and then wag their tails and strut off. At this point you would wonder if you’re watching the animals or they’re watching you and are just as amazed by your presence as you are by their’s.

Little antelope grazed the green grass on the fields but kept a greater distance from the humans than the other animals. I love how graceful and gorgeous antelope are. This is probably why the wild cats like them too 😁 that, and they’re tasty.

Besides the beautiful wildlife, Pa-Zuri also offers fishing. There are a couple of ponds on the landscape with fish in them. A friend of ours disappeared from the squad for a couple of hours because of this. He claims to have caught a small fish, using nshima as bait, but we did not see this fish so we’ll act like we believe him. So anyway, if you’re looking to learn how to fish in a pond before you take it to the rivers and lakes, this is the place for you. Plus you get the full ducks puddling the water experience as you fish. 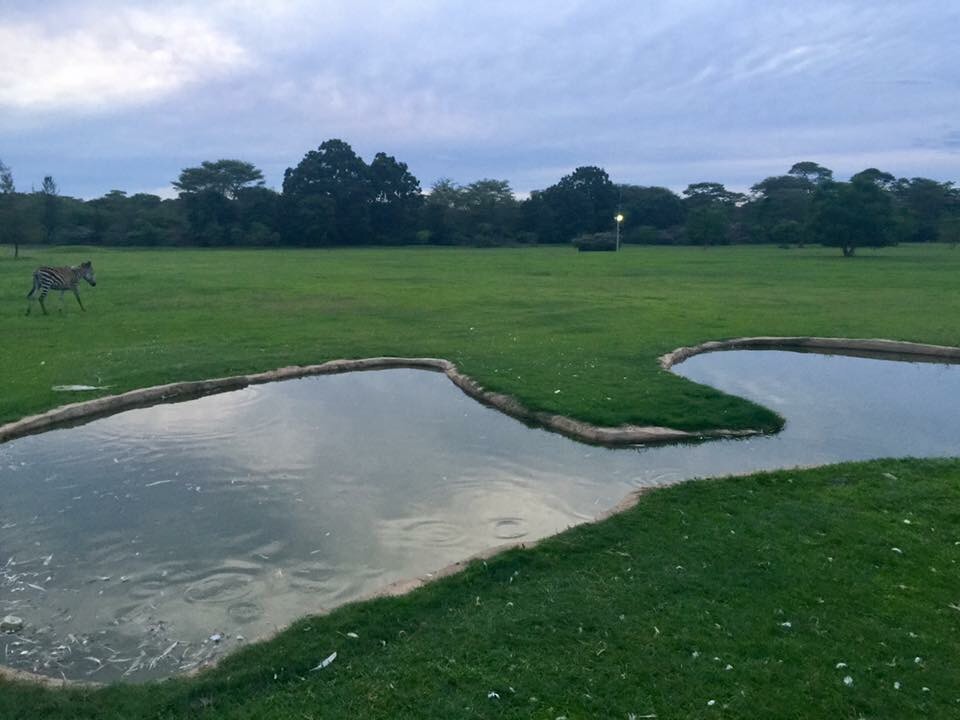 If you’re lucky enough to catch some fish, there are a few picnic areas set aside for a barbecue and hangout with your friends and/or family so you could throw your fish on the braai and have it fresh out the pond. A bench was laid out for us and a braai stand set up, so the good times could roll. I should mention we had the best customer service, as we lacked nothing and our guy was present to answer any questions. We wound down the afternoon braaing, eating and chatting away. Great conversation backdropped by an amazing view of Pa-Zuri’s suburban wilderness is something you have to experience. 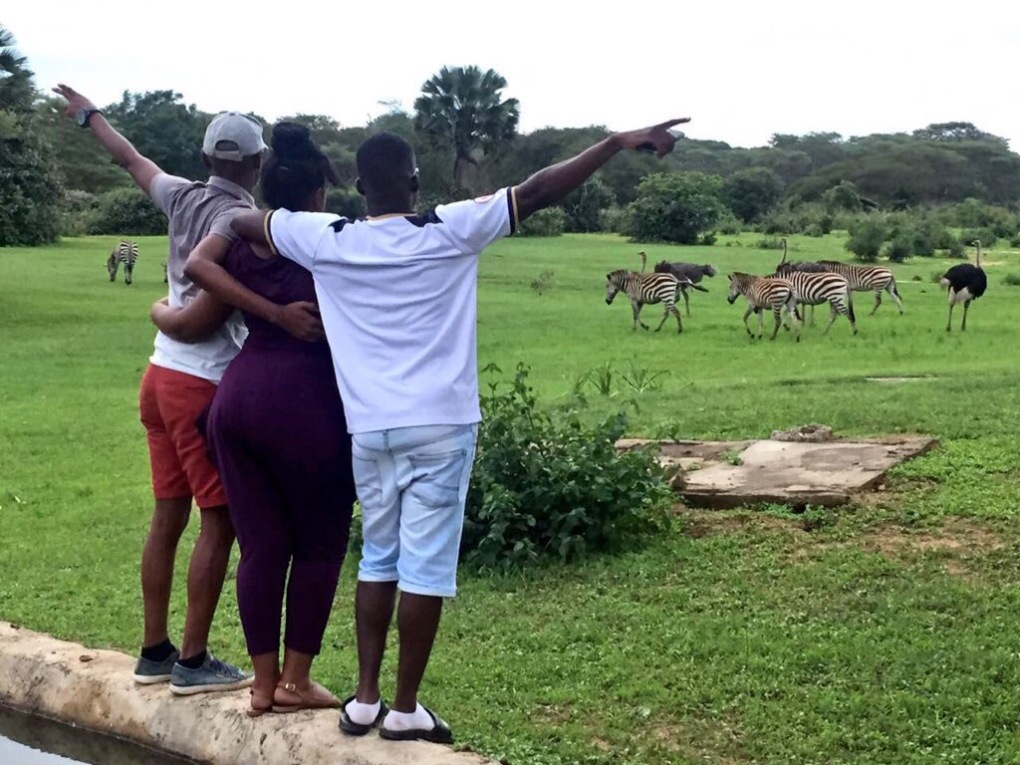 A swimming pool and sports center with tennis courts, basketball courts and volleyball courts is also available for everyone that enjoys sport as a form of relaxation. I would rate this as Lusaka’s little version of the Garden of Eden, except you aren’t allowed to walk around in the buff and cannot feed the animals, even if you are brave enough to get that close 👀. A must visit!

3 thoughts on “PAZURI: A Suburban Safari” Leave a comment ›

Leave a Reply to quirkyboiCancel Reply